What Is Apache In WordPress?

WordPress Apache is a popular open-source, cross-platform web server that is, right now the most popular web server in existence. It is actively maintained by the Apache Software Foundation.

It is also one of the oldest web servers, with its first release back in 1995. Many cPanel hosts utilize Apache today. Like other web servers, Apache powers behind-the-scenes aspects of serving your website’s files to the visitors.

Since Apache doesn’t perform as well in some benchmarks, especially for static websites or websites with high traffic, come company uses the NGINX Web server instead of Apache. Though NGINX hasn’t been around for as long as Apache, it has quickly grown in popularity and market share since its launch in 2004.

What is a Web Server

Web server is a software which receives your request for accessing a web page. It runs only a couple of security checks on your HTTP request and takes you to the web page.

Web server is just like a restaurant host. It checks for the website page you have asked for. However, it is not just your host but also your server. It serves you back the web pages that you have requested for.

How does Apache Works

While there’s a lot of complexity underpinning how a web server functions, the basic job of all the web servers is to accept requests from clients and then send the response to that request (e.g.only the components of the page that a visitor wants to see).

The Apache web server has modules which add more functions to its software, such as MPM (for handling multi-processing modes) or mod_ssl for enabling TLS and SSL v3 support. Some common features seen in Apache includes

While a web server is an essential part of any website, it is important to note that casual WordPress users are unlikely to interact with their web server directly most of the time. 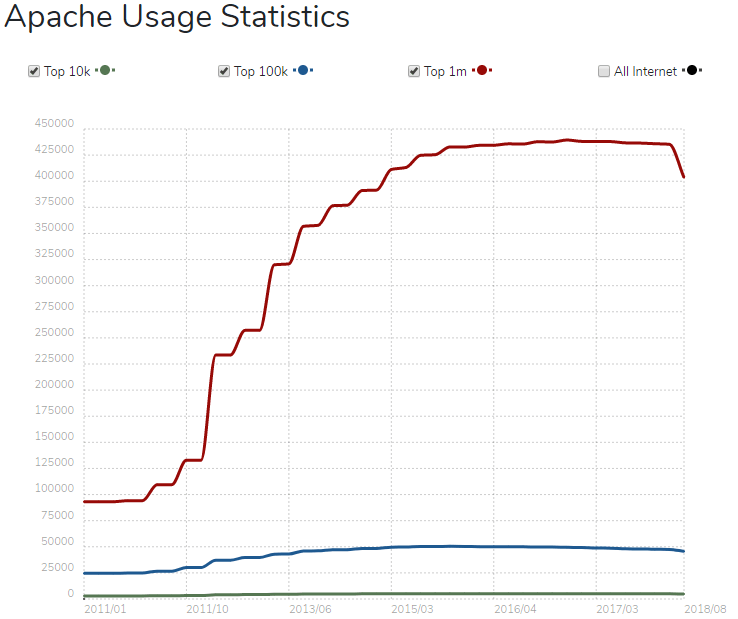 NGINX is very fast for static content and Apache is popular for its power as well as the backend compatibility. Comparing NGINX with Apache would not be fair, as each has their own benefits and drawbacks. Choosing between the two could be difficult and after all, it all comes down to your needs, current and expected traffic and potential future growth of your website.